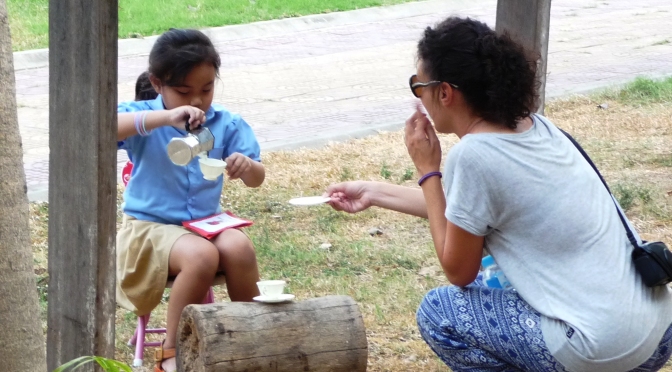 I am not ashamed to say that I stepped into Cambodia knowing very little of what this beautiful country and its people had gone through in the last century (and still go through). I am not ashamed now but, back home from my 6 months travelling in SE Asia, I felt terribly guilty for not knowing enough at the time I visited.

Following my month in Cambodia, I started to read as much as I could on the country and on the Khmer Rouge. It’s still an ongoing process but my biggest regret will always be having visited without knowing what I know now.

For this reason, if you have got the amazing opportunity to visit Cambodia in the future, here are my genuine thoughts on one site that you will surely visit in Phnom Penh and that has inevitably marked me: Tuol Sleng. A former high school located in downtown Phnom Penh, Tuol Sleng was converted into a maximum security prison (infamously known with the code of “S-21”) during the Khmer Rouge regime. Of the 20,000 people known to have entered, only 7 survived. It is now the Tuol Sleng Genocide Museum and you should visit it not because it is on Lonely Planet, Rough Guide or on any travel guide or blog (including mine) but because you cannot really understand Cambodia and its people without visiting it. Cambodia is a lot more, but this is an absolutely necessary stop.

If you don’t know anything about Pol Pot, the Khmer Rouge and never heard about Tuol Sleng or Choeung Ek, a good starting point is to dedicate some of your time to a couple of extremely interesting readings: “The Elimination: A survivor of the Khmer Rouge confronts his past and the Commandant of the Killing Fields“ by Rithy Panh and “The Lost Executioner: A story of the Khmer Rouge” by Nic Dunlop. 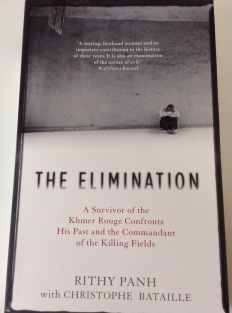 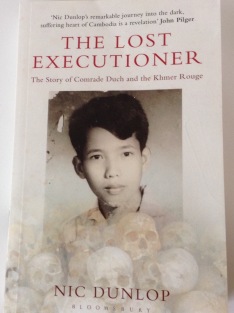 Starting from two completely different perspectives, in my view they are excellent accounts that helped me to understand a lot more about Cambodia, its people and the Khmer Rouge regime. Not easy readings (you wouldn’t expect so, given the topic) but definitely very informative.

The Elimination. When the Khmer Rouge took power and entered Phnom Penh on April 17th 1975, the 13 years old Rithy Panh (now the most acclaimed Cambodian filmmaker worldwide) and his family were forced to abandon the capital. During the course of the following years, he lost his parents, siblings and other relatives under the Khmer Rouge regime. He survived and was able to escape to Thailand and later on, to France. It wouldn’t do any justice to such a great book to say that it’s mainly about his interviews with Comrade Duch, the Commandant of Tuol Sleng. It’s a lot more. It gives you an astonishing and shivering account of the “life” of the author and his family in Cambodia from the time the Khmer Rouge took power onward and at the same time it leads you inside Tuol Sleng, the corridors, the interrogation rooms, the cells and the mind of Comrade Duch.

The Lost Executioner is another excellent book that starts from a completely different point of view. Nic Dunlop, an Irish photojournalist based in Bangkok, in 1999 tracked down and interviewed Comrade Duch in Samlaut (Northwestern Cambodia). On this interview/confession Dunlop was accompanied by Nate Thayer, an American freelance journalist also known for being the last Western to have interviewed Pol Pot, just before he died (the interview is still to be published in his book “Sympathy for the Devil”). After the publication of Nic Dunlop’s interview in 1999, Duch gave himself in and was later tried, thus becoming the first former Khmer Rouge to be tried and sentenced by the UN-backed tribunal in Phnom Penh.

When you start reading about Cambodia, it can get truly addictive. I started with an old and half destroyed copy of The Killing Fields by Christopher Hudson that I found in a guest house on Koh Rong Samloen (an island off Sihanoukville). The book is adapted from the screenplay The Killing Fields by Lord David Puttnam (that, regardless of the book, should be seen) and tells the strong and suffered story of the American journalist Sydney Schanberg and the Cambodian newsman Dith Pran through the Khmer Rouge regime. I also read First they killed my father written by Luong Ung, another survivor of the Pol Pot regime that gives a shivering account of those days. I moved then to River of Time by Jon Swain (the journalist portrayed in The Killing Fields) and Cambodia’s Curse by Joel Brinkley, another great book useful to understand more about Cambodia today (though I probably do not fully agree with some parts of the book).

Here is my account of a day in Tuol Sleng (visited in February 2014).

We spent the morning in Phnom Pehn wandering around the Russian Market and, as previously planned, we head to visit Tuol Sleng.

It was a beautiful sunny afternoon when we entered, warm and bright. I thought hiring a guide was the best option to get an in-depth accurate explanation since I didn’t know a lot about Tuol Sleng before visiting (apart some readings on our travel guide and some websites) and I was pleased we did it.

But then, as soon as our guide left us to try to quickly catch another group of tourists before closing time, I thought it was far better to be on our own in that place, taking our time. If you have a good knowledge of what happened in Cambodia between 1975 and 1979, I would encourage to visit the site without a guide – that’s my opinion, without taking anything away from the local guides that undoubtedly supply relevant and accurate information on the tragic events that occurred in Cambodia in those years.

We were still wandering in the former classrooms on the first floor of the school when, looking out of the window, I saw a little girl in her school uniform; she must have been not older than 5 and she was busy playing on her own with something I couldn’t see in the middle of the courtyard, right there where thousands of children, women and men not long ago had been imprisoned, tortured and killed. I looked at her for a while and I shivered thinking that she was actually able to play in such a dreadful place. She found herself a spot on the arid grass, just under the former school gym bars and, using half a trunk as a coffee table, she laid a small cup and saucer, a cafetiere and a tiny plastic purple hand bag. 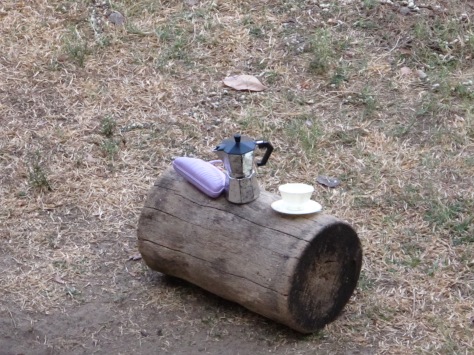 By the time my boyfriend and I had walked down the stairs heading towards the exit, she was still there; she had brought from somewhere another cup and saucer, a tiny pink stool and she was having a cup of (imaginary) coffee. On her own.

As I walked past her, she looked at me for a while and she shyly smiled. She was absolutely beautiful, sitting like a little lady on the minuscule stool. I smiled back and I leaned over, taking the cup that she had left on the trunk, and pouring in a bit of the water I had in my bottle and started sipping. She smiled back at me and that’s how we had our cup of coffee. Coffee had never tasted that good!

I assume she was the little daughter of the woman that worked in the Tuol Sleng bookshop because, at the end of the afternoon, when the site and the bookshop were about to close, the woman called her loudly and in seconds the little girl had packed her coffee set, her tiny stool and was running towards the woman, ready to go home. Probably the following day after school she would have been sitting there, at the same hour, on the same stool, having her afternoon coffee.

In Tuol Sleng you will see a sign that reminds you not to smile (not that you will be particularly willing to do it, anyway). But when we left, I realized that I had actually smiled in there, not as a sign of disrespect but as a sign of happiness in seeing that right there where life had ended for many, a little girl, most likely unaware of everything, was able to play. And smile.